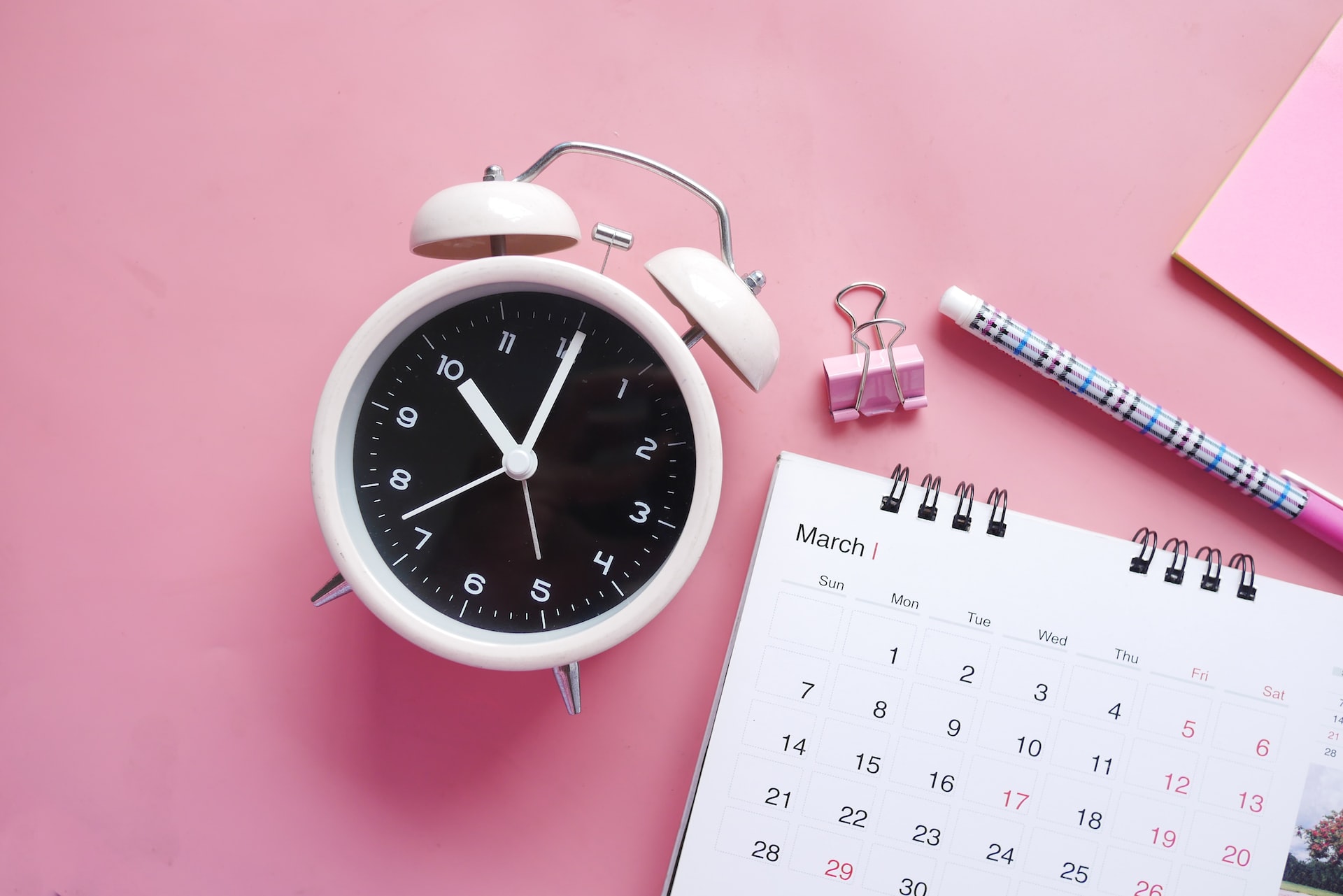 The missing link between Reminders and Calendar app on iOS 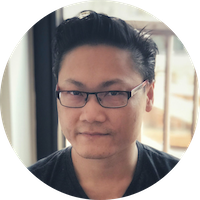 My obsession to live by my calendar meant I was always on the look out how to optimize my agenda workflow. The Apple ecosystem works very nicely together. And don’t forget the fact usability are top notch and well thought out. My quest to finding the perfect productivity setup has come full circle: started with Apple apps, tried many third party tools, and finally we are back to square one with Apple apps. But now with a tiny modern enhancement.

For a long time I have used the Calendars 5 app together with Spark mail. They are fantastic products that work very well. These were the first apps I ever decided to buy in Apple Appstore. Why? Because they really increased my productivity.

There are many more, but these are my highlights.

With regard to Calendars 5 the advantages are:

Both apps have pretty good UX.

Recently there were few changes that forced me to look around.

The first is Spark released a new version that added Spark signature to all outgoing emails unless you pay for a subscription. As a long time, early adopter, I paid for the product many years ago. It’s understandable Readdle Technologies (publisher) is finding ways to increase its revenue. This attempt caused many early adopters to shop for an alternative. Few weeks after that release, Readdle decided to remove this signature for early adopters. That’s nice of them but the damage has already been done.

Second, with the new releases of iOS (15 and 16), the widget of Calendars 5 often do es not display the events. I’m not sure what exactly causes the bug. But reboot solves the problem. However I’m not the type that reboots the phone regularly. This contributed greatly to the ongoing irritations.

Back to good old Apple

I often fantasized going back to Apple-only productivity suite because the UX of these apps are unbeatable. Reminders and calendars synced across all devices seamlessly. Why is this important?

The UX of Apple Reminders, Mail and Calendar app are not as feature rich as Readdle suite. But UX is pretty damn good. However there is one issue:

Reminders and Calendar events are not connected in any way.

It kinda makes sense but at the same time it doesn’t. Because Reminders is essentially a few list of todo items. However a task can have a deadline. When the deadline is defined, why wouldn’t Apple use this information and show it in Calendar app?

Few years ago Apple acquired Workflow app. It has been rebuilt and rebranded to Shortcuts app which is now included in iOS. As an automation fanboy, by profession and privately, I started exploring the capabilities of the Shortcuts app. There are currently few shortcuts that automates my workflows at home and on the go.

With my adventure going back to Apple-only ecosystem, I have identified the biggest blocker:

reminder tasks are not shown in my calendar. I want a single list, my agenda, to guide me through the day.

To take ownership of my problem, I came with a solution. It uses shortcuts app to automate pushing relevant reminder tasks to calendar as events. The pseudo code looks like:

After a few days of tinkering and doing low-code on the phone I have finally reached the final version of Reminders2Calendar.

In above video you can see me running a shortcut by hand. That shortcut is a wrapper that enables me to push multiple Reminder lists to Calendars.

As pointed out earlier, I’m a lazy person that prefers automation over manual repetitive tasks. One of the issues I got with Apple Shortcuts is the lack of timer based triggers. To simulate regular trigger, I noticed I charge my phone multiple times during the day. At least once a day because the battery drains too quick. This trick looks like: 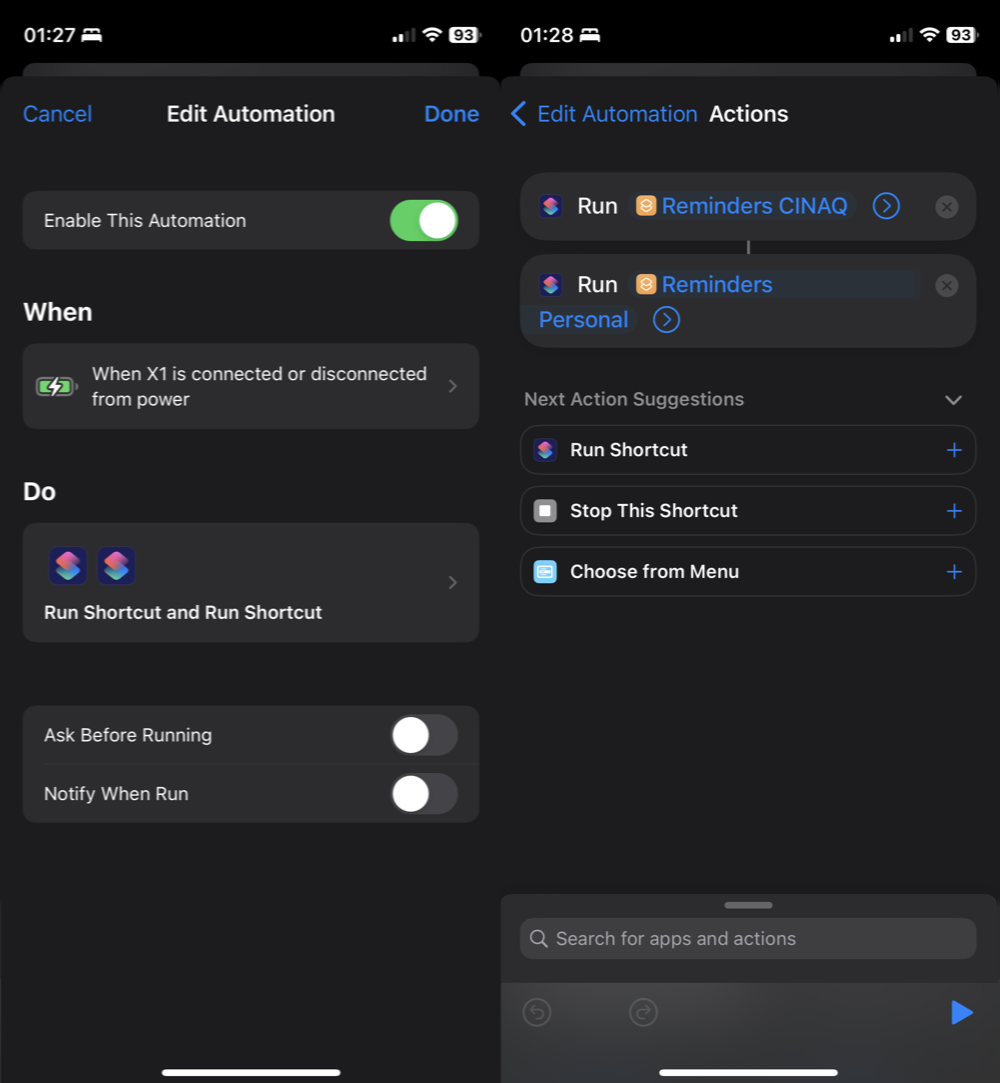 As you can see, with a little automation help we can make our lives more productive. Now we get more benefits from the Apple products. I’ve removed the Readdle product suite from my systems and I’m now fully back on Apple. Hopefully one day Apple decides to implement this automation workflow into its native products.